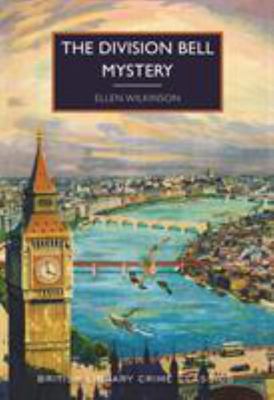 Mystery crime fiction written in the Golden Age of Murder

'Wilkinson deftly tacks between satirizing the stolid Ministers who get ensnared in these crimes and plotting a sturdy detective story.' --Kirkus Reviews

'Through the double clamour of Big Ben and the shrill sound of the bell rang a revolver shot.'

A financier is found shot in the House of Commons. Suspecting foul play, Robert West, a parliamentary private secretary, takes on the role of amateur sleuth. Used to turning a blind eye to covert dealings, West must now uncover the shocking secret behind the man's demise, amid distractions from the press and the dead man's enigmatic daughter.

Originally published in 1932, this was the only mystery novel to be written by Ellen Wilkinson, one of the first women to be elected to Parliament. Wilkinson offers a unique insider's perspective of political scandal, replete with sharp satire.